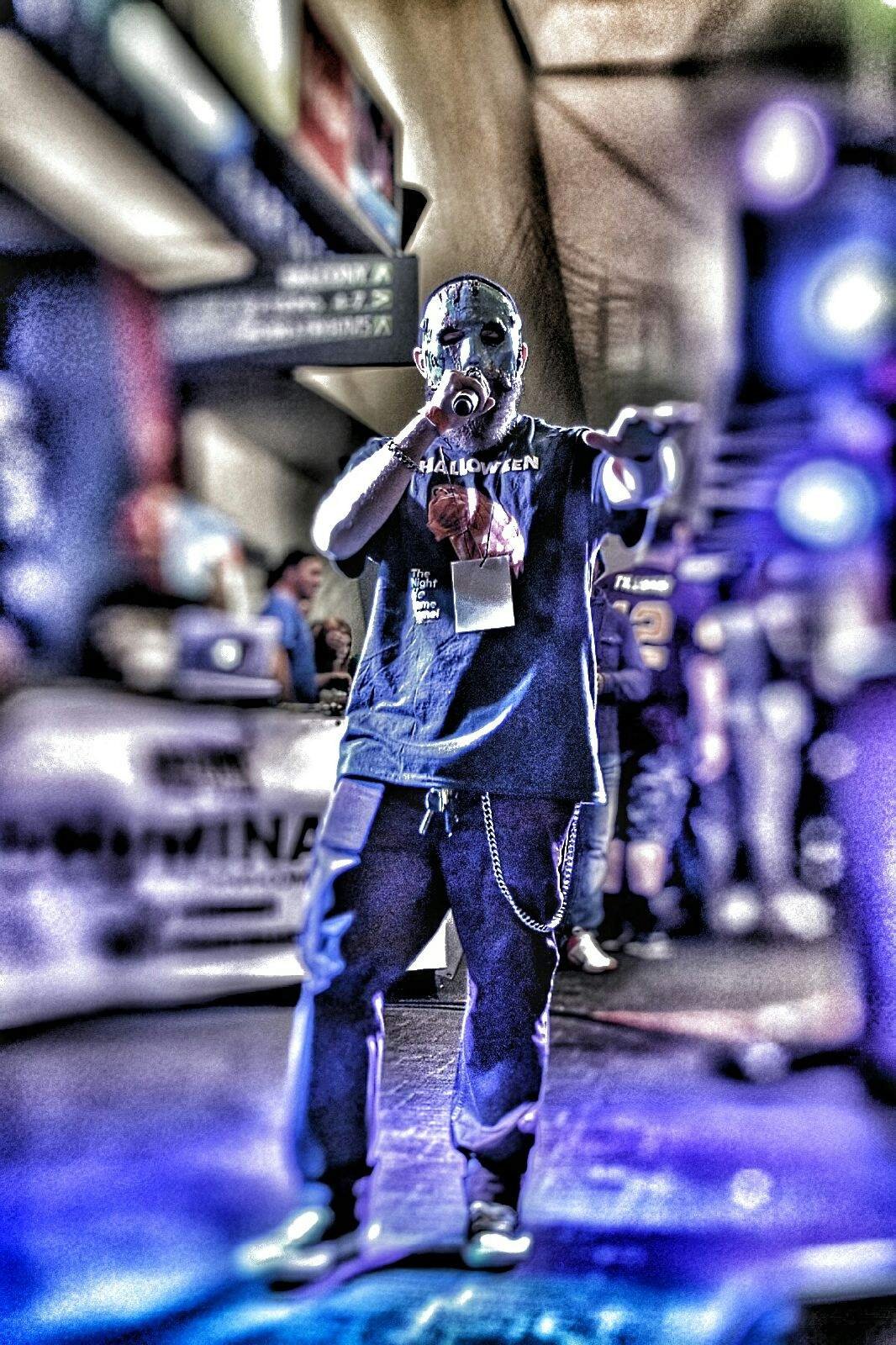 MM: I’m thirty years old and I’ve been rapping over half my life at this point. It started with rapping over songs to rapping over industry beats with friends, to battling at parties and over the last 5 years I’ve been writing songs and putting out professional product. I started out with putting out singles and we just dropped my debut album in November which is published and available online everywhere records are sold.

MM: The concept of the album was to be like a breath of fresh air to what I feel the game has beenblacking and to serve as a warning shot to the half steppers and weak rappers. I wanted it to be like an injection of good to help preserve the craft in which I love so much. “The Night He Came Home” was the catch phrase on the cover art of the original Halloween film by John Carpenter and it was basically the night that Michael Myers came home to Haddonfield to set things right. Well the rap game is my home, my Haddonfield if you will and the 15 years I spent studying this craft and growing in to the man and artist I am today is like the 15 years Myers spent in the sanitarium. The album was to cleanse my home of the weak and impure. I am displeased with a lot of what is in current rotation generally speaking and this project was my two cents. Growing up being raised by the godfathers of this rap shit, I feel like I have to do my part in keeping that vibe alive. I’m all about the evolution of hip ho, not the exploitation.

MM: That’s a tough question, if I had to choose I would say my favorite track off of the project is (Riley’s Song). Life is crazy and you never know what exactly the future holds and with that being said I wanted to leave my daughter with something she can use and consult throughout her life. I wanted to give all the life advice and put all the love I possibly could in to three verses as a gift for my number one fan and the main reason I do what I do. I also have to make a lot of sacrifices to play ball and one of those being time with her and or the family. She’s young and although she just now is really starting to understand why daddy has to do this or go here and do that I though this song would really she’d light on just how hard I work for her and all of us, as well as to make it all possible. It’s the most raw, pure and meaningful song that I have yet to write. We also put the most in to this track as we added the live guitar and male vocals. I wanted to be really special and it is!

MM: Over the first half of 2016 I’m going to continue to promote and perform The Night He Came Home. I plan on traveling a bit this next year as well. Currently I have my sights set on Japan, I am going to go pair up with the Lokyo movement my boy is currently spearheading. They love Hip hop, horror movies and monsters in Japan and I’m going to give them their fix. I’m planning on doing a half dozen shows or show in AZ and the rest in neighboring major cities. In 2016 I also will be doing cyphers and focusing on a lot features and collaborations until I start recording the next album.

MM: I love the ability to command the crowd, provide energy and captivate an audience and to create something timeless that can last forever, as well as I enjoy the process of creating something from nothing. I love the feeling you get when the crowd is reciprocal of the energy you provide. Although I went to college I never finished and my industry which is the culinary and hospitality industry is tough grind. With that being said hip hop provides me the platform to really build something for myself.  I’m never going to open the restaurant with my daughter and or the performance auto shop I want to working in one. I’m not a doctor, lawyer, ball player and probably won’t be. The microphone allows to be somebody and in my head enables me to leave my mark on this mother fucker. Aside from fatherhood this music shit is the most significant thing I’ve done thus far in my time on earth. I also love how I can help someone relate to or get through a rough time via my music. Hip hop and music saved my life, if I can return the favor I’m obliged to do so.

MM: My biggest problem with the industry is that talent and hard work take a back seat to money, meaning you can buy your way to success. Don’t get me wrong I’m all about the investing in one’s self and craft, but it’s so far beyond that in my opinion. For example, no matter how dope my album is and how established my brand and business is, a lot of labels dont even know I exist because my social media numbers are organic and aren’t hitting the high notes.

MM: In five years I see myself living off my music full time and no longer needing a nine to five. I should have traveled quite a bit by then I imagine, both nationally and internationally and continuing to do so. I plan on retiring from recording and performing when I’m 40 and by then I plan on being primarily involved with artist development and production. There’s a lot of work to be done, the nightmare has only begun 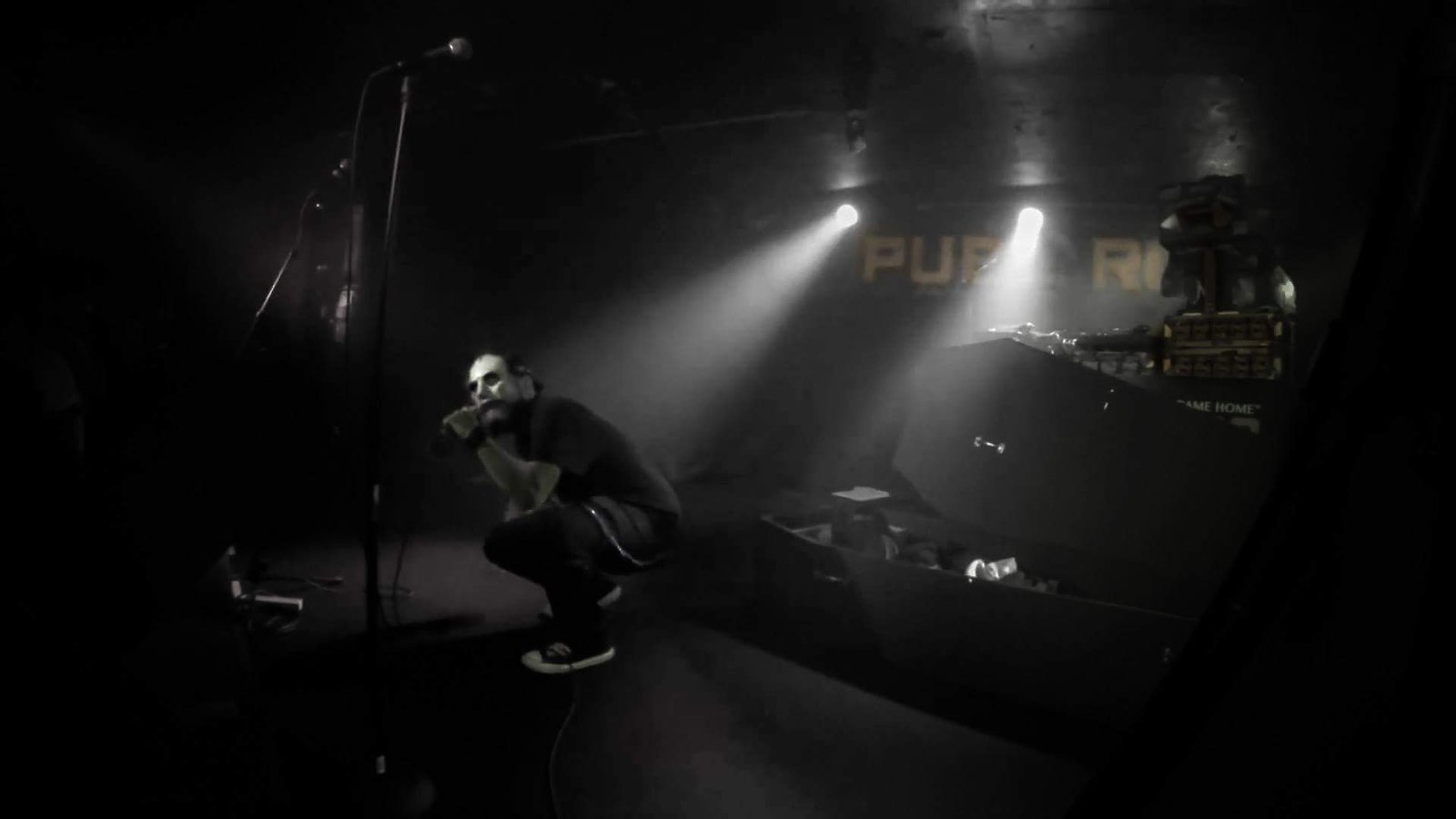