NEVAEH Is Here (The New Lady Of R&B) NEVAEH Is Here (The New Lady Of R&B)

Where are you originally from?

I am originally from Pasadena California.

How was it growing up in Pasadena?

It was very peaceful, but there was not much excitement growing up in Pasadena. It’s pretty much like living in the suburbs

Your name is very unique, how does Nevaeh describe you?

The meaning of my name is the word Heaven spelled backwards which describes the style of music & personality.

The music scene out here is huge. It’s amazing how small this industry really is once you are in it. If you are interested in doing music, Los Angeles is definitely the place to be.

What made you decide to gravitate to dance as well as singing?

I always had music around me. Coming from a Filipino family, we would always have karaoke in our household. My mom would sing on it every night and I would mimic her. Dancing for me came second when my mom would put me in dance lessons when I was about 4 and I stuck with it ever since.

What were your main influences you would draw from growing up?

Some of my main influences were watching and admiring some of my favorite artists such as Michael Jackson, Celine Dion, Whitney Houston, Mariah Carey, Aaliyah, Christina Aguilera, TLC, Destiny’s Child, and Britney Spears, just to name a few. Each of them had such a presence about them and were amazing entertainers that made me want to be just like them.

What was one of the biggest challenges you had trying to get started in your entertainment career?

The biggest challenge was not knowing anybody in the industry and forming those connections. You didn’t know whether to trust anybody or not.

Now you have a pretty extensive level of dance, what are some of the schools that you had studied?
I started out going to San Marino Dance Academy. After that we discovered millennium dance complex, which is one of the most known dance studios in the industry. From there I also started going to Ida, Debbie Reynolds, and movement lifestyle.

How long have you been doing it now?

I’ve been training and taking classes seriously since I was 8 or 9, so for quite some time now.

What has been the more difficult area to break into, dance or singing?

The hardest to break into was definitely dancing. I struggled a lot with it. Picking up choreography was always difficult. Most people can pick it up right away, but for me it took me a few tries to get it down.
Do you believe its a greater assett to go major or remain independent?
In my opinion, I think both are equally just as much of an asset. Holding onto your individuality and going the independent route, you get to be as creative as you want and you really get to grow with your audience. Signing with a major label, you get the support and access to everything you need as an artist to grow. It’s all about personal preference.

So last year you started planting some musical roots in Chicago with a super producer, can you tell us more about that?
I met my producer Killa B during a session about five years ago. He stopped by to check out what we were working on. From there we had always stayed in touch. After 2 years of being friends, we decided to work on a song together which was “Cut Off”. I always thought he was super talented and working with Killa has been amazing. He is really one to look out for.

You recently released your first single “Cut Off”, how has the feedback been for that?
It’s been getting nothing but good feedback. The love I’ve been getting from “Cut Off” so far has been amazing.

Who are some of the artists you would like to collab with in the future?
I really would love to collab with Drake, Nicki Minaj, Young Thug, Bryson Tiller, and Travis Scott. Just to name a few.

When can we expect to hear an EP drop from Nevaeh?
Hopefully very soon. We don’t have a release date, but it’s going to be good.

What projects do you currently have available for the public?
A project I am currently working on that just came out is on YouTube called The Triple Threat. We have 10 actors, 10 dancers, and 10 singers. Everyone should definitely check it out its worth watching.

What projects do you have coming up that people can look forward to?
My EP is definitely something to look out for in the near future. I’m really proud of it and I’m excited to be able to share it with everyone.

Where can people go to get your music?
You can find my single “Cut Off” on my sound cloud and the link is www.soundcloud.com/officialnevaeh 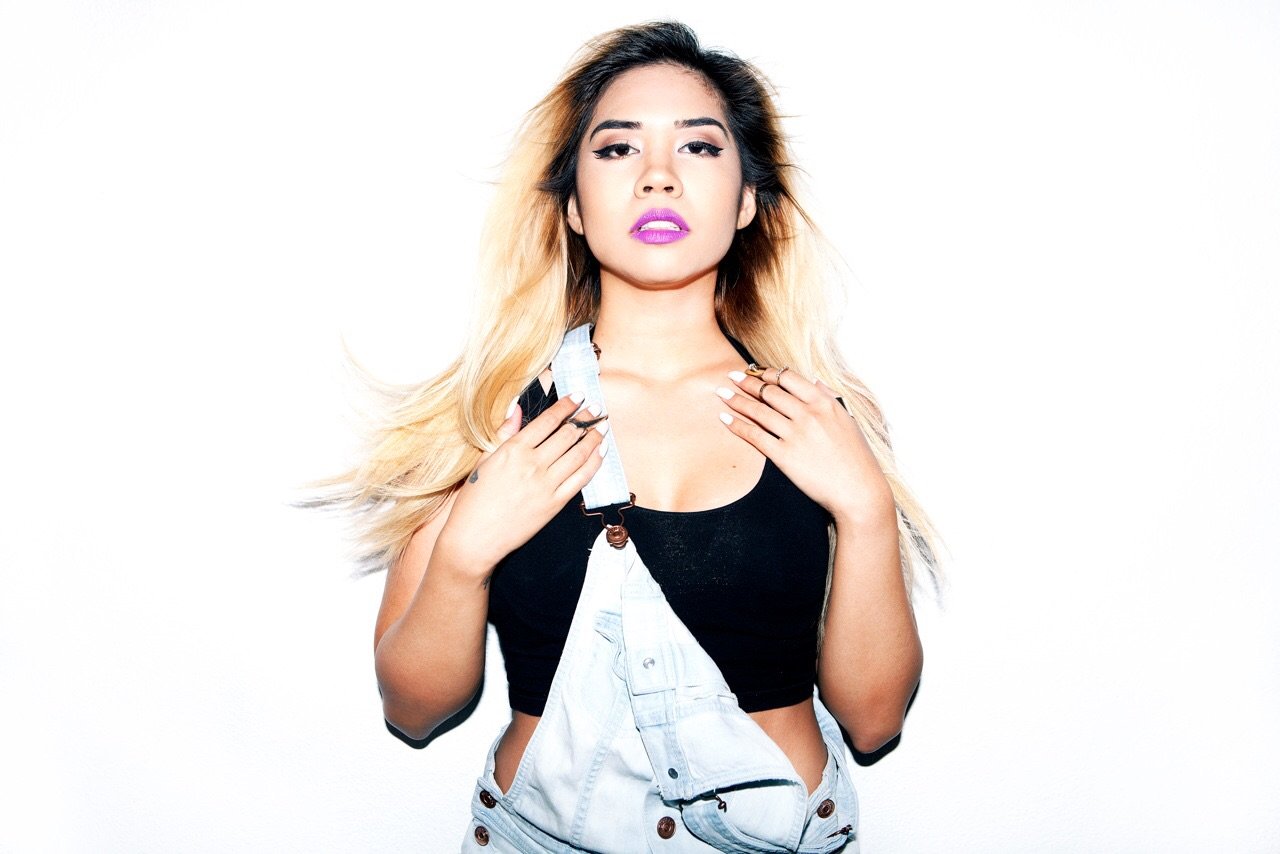