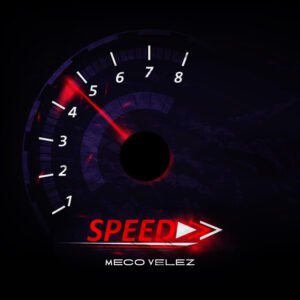 Effortless, whispery flows over an infectious, raw rap rhythm. The latest track from Meco Velez sets an entirely new mood on the music scene. Brimming with bass-heavy beats produced by Cobra and a tinge of early 2000’s nostalgia, the timeless track is the perfect come up anthem. It’s about her launching her way to the top at full-throttle speed. It really sets the tone for an artist that’s clearly on for great things. The song truly breaks boundaries creating an entirely new sound unheard of. The soft, feel-good flows are intoxicating as they gently soothe the ear drums.

The purpose behind the track was to write something to hype her and her fans up. It aims to uplift and inspire anyone on the hustle who’s trying to be the greatest. Like much of her songs, she fuses a melodic flow with smart lyricism. The result is something that’s deeply soothing whilst still dripping in charisma, a contagious energy that just keeps giving and oozing in originality. The song was written as naturally as much of her songs. It started with the beat and after she got a melody in her head she hit record on her phone and it just came out. From here she linked up with her engineer Noah Corona to hit the studio and record it from scratch.